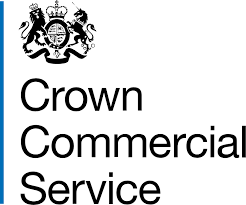 The way the new CCS framework has been applied could do schools (and agencies) more harm than good, says TempRocket Founder Andrew Johnston.

The Crown Commercial Service (CCS) helps to provide commercial services to the Public Sector and save money for the taxpayer by improving government commercial and procurement activity. The CCS framework has recently been applied to the education sector to make it cheaper and easier to recruit full-time teachers.

A recently released teacher ‘census’ by the Government for the 2016/17 school year highlights the difficulties schools are facing recruiting permanent staff and the increasing reliance on temps. Currently, as reported in the Times Educational Supplement, the fees imposed on schools when offering permanent roles to temporary supply teachers provided by recruitment agencies can reach five figures – up to 20% of their salaries. The CCS framework aims to reduce this cost by forcing agencies to charge a school nothing for recruiting a supply teacher to a permanent role if they have been working for the establishment for three months or more.

In theory, this is great news for schools which should significantly reduce their recruitment costs, but bad news for agencies who run the risk of losing good supply teachers for nothing, hitting their bottom line. Those supply teachers looking for permanent work will also benefit as it has become more affordable for schools to take them on full time.

Wide of the mark
However, as is typical with many government initiatives, the introduction of the CCS framework to education is not as simple as it first seems – or indeed might have been. The main complicating factor is that CCS has not been applied across all schools, only those who wish to opt in. Word has it that only around 19,000 of the 34,000 schools in the UK have actually been approached about registering for the scheme, and out of those only a few have expressed an interest. Whether this is true or not, the situation remains that by not imposing CCS on all schools, the government has created an uneven playing field that could have the reverse effect to what was intended.

Every school registered to CCS will save money when working with a similarly registered agency, which is what the government recommends. But because not all agencies will join the framework, schools could be restricted in terms of choice of supply teachers available under the scheme. What’s more, CCS-registered agencies are unlikely to offer their best teachers through the framework for fear of losing them to permanent employment without any compensation. So schools also stand the chance of not only having fewer teachers to choose from, but also poorer quality ones, which means teaching standards may suffer as a result. Less choice and lower quality is a dangerous situation to encourage, particularly with education in the middle of a teacher shortage crisis, and pupil numbers set to rise 19% between 2017 and 2026.

Agency nightmare
It’s also potentially disastrous for recruitment agencies, which schools rely on heavily to fill any teacher gaps, as one of their core revenue sources will be badly hit. This means they don’t know whether to stick or twist when it comes to CCS.

Take a smaller agency with, say, one branch and three to four consultants working with a number of local schools. In this situation it would pay to be proactive and approach the schools to discuss the CCS scheme and explain how it will affect the relationship, ask if it’s really necessary, and then work with the schools to plan a solution that suits everyone. If most of these schools aren’t interested in CCS then there would be no point the agency signing up to it either. If it’s the other way round and most clients want to opt in, then it’s best to join too.

However, larger agencies with four or five branches across the UK that hire out 1,000 teachers or more each week to schools across different geographies would have little choice but to join the scheme. And although opting it might attract more business, at a commercial level they still face losing money.

Hobson’s choice
Another problem with CCS is that the instigators of the framework have gone on record as saying that they are only going to be signing up 134 agencies, clearly aiming to gain quick sign ups for fear of missing out. Then they are threatening that the books will close for somewhere between two and four years. The dilemma for a growing agency is whether to take a punt that schools aren’t going to adopt this process and risk having the door shut on CCS work for two years or more, or signing up and swallowing the bitter CCS pill. So they really are caught between the devil and the deep blue sea.

If CCS was applied universally from the outset for a given period, at least every party would know where they stand and there would be no issue around teacher choice or quality. Although it would also have been fairer to give agencies plenty of notice so they would have time to adjust their business model accordingly.

Of course, the government could still revise its approach to imposing CCS and actually aid teacher recruitment rather than hindering it.

Andrew Johnston is founder of temporary recruitment platform TempRocket, which supports schools and local authorities that wish to source workers within the CCS Framework, while allowing agencies to indicate their CCS status.